Breast Mysteries Solved: Everything You've Ever Wondered About Your Breasts 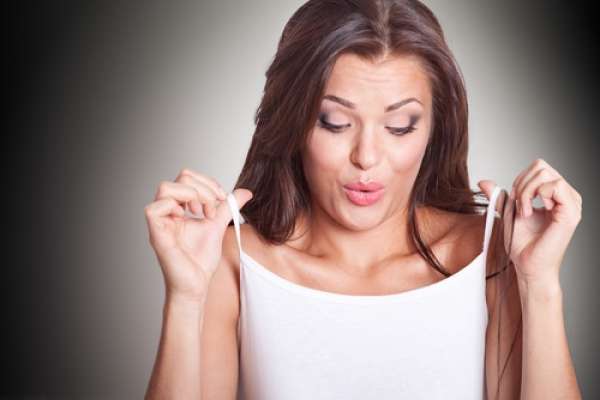 We're All Thinking It: Answers to Questions You're Embarrassed To Ask

Trying to find the best bra can sometimes feel like an endless dilemma. Luckily, this issue is talked about in almost every women's outlet imaginable. But there's more to women's breasts than just support—and a lot of it can be embarrassing to ask your friends, or even your doctor. We've found the answers to all the things you've always wondered about your breasts, but never asked out loud.

You may also like: Angelina's Choice: Knowing Your Options For Breast and Ovarian Cancer Prevention

Why Is One Breast Larger Than The Other?

If one of your breasts is noticeably larger than the other, you are not alone. According to Massachusetts General Hospital,  up to 25 percent of women find that their left breast is slightly larger—sometimes, a whole cup size so—than their right.

Asymmetrical breasts can come from the random and rapid growth spurts that occur during puberty, where rolling estrogen levels are likely to surge unevenly and inconsistently throughout the body. Even though it's nice to say that left breasts are larger because they sit on top of a big, pulsing heart of love, there is no definite, scientific evidence to explain this phenomenon.

Why Are My Breasts Extra Sensitive/Sore During My Period?

Breast tissue is largely influenced by hormones. This means that during your period, a time when insurance commercials can bring you to tears, breasts can be exceptionally sensitive. This is due to the shifting levels of estrogen and progesterone that occur during the days leading up to your period. The changes they create stimulate the expansion of the ducts and glands of our breasts, causing visible swelling and nipple sensitivity.

Is It Normal For Hair To Grow Around The Nipples?

Hair growth around the nipple is not a cause for alarm. In fact, increased hair growth is a common result of the hormonal changes that occur throughout a woman's life, most specifically during pubescent and menopausal stages. During these times of shifting hormones, a rise in testosterone is expected. Such increases are the primary cause for hair growth on multiple areas of the body.

Another less common cause of increased hair growth is Polycystic Ovary Syndrome (PCOS), a condition that affects many women and teenage girls. PCOS is a condition that causes the ovaries to generate testosterone-releasing hormones called androgens.

Why Do Breasts Sag?

Gravity is great when it comes to anchoring us to the earth instead of drifting off into space, but it's also responsible for sagging breasts. But this constant downward force isn't the only reason for a less-than-perky look, a lot of it has to do with simple wear and tear from daily activity.

Running without proper support, weight fluctuation, and aging are natural causes of breast sagging. While there is little advice that aids the resistance of aging, wearing fitted sports bras during exercise keeps the breasts from moving freely, and ultimately from stretching Cooper's ligaments, which leads to sagging.

Next > Are These New Implants The Answer To Sagging Breasts? 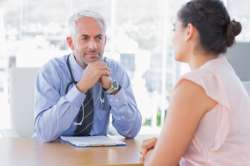 Currently Reading
We're All Thinking It: Answers To Questions You're Too Embarrassed To Ask